Off Topic — When Will Hollywood Be Ready for an "Ugly" Heroine?

As stated, this post is a little off-topic. But, as this is a blog about knitting and the readership tends to skew female, I decided to include it. 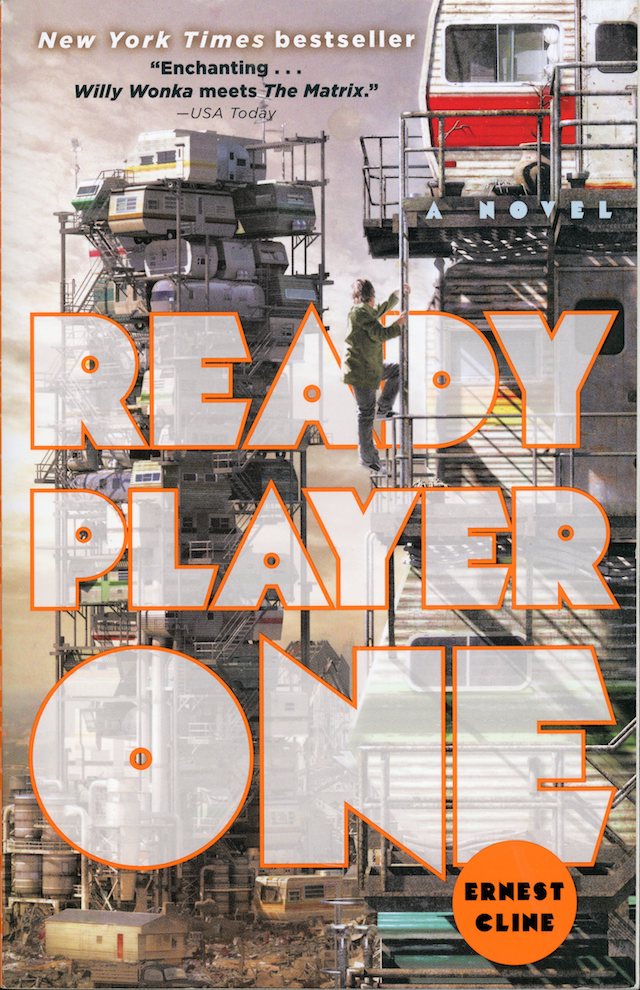 Back in late March, Steven Spielberg (Amblin Entertainment) released in theaters Ready Player One, based on the 2011 novel by Ernest Cline. I've read the book twice or, more accurately, listened to the audiobook performed delightfully by Wil Wheaton. The story is set in a not-too-distant dystopian future (2044), in which most people spend their time online in the OASIS, a fully-immersive online virtual reality. The book is a love-letter to 1980s popular culture, especially geek culture. It has references to Dungeons and Dragons, Monty Python, television, music, and various video and arcade games. It is quintessentially a Gen X story in the way Forrest Gump was a Baby Boomer story. Much of the story's action takes place in the online simulation where there is a universe-wide hunt for Halliday's Easter Egg. In that world, our hero's name is Parzival and the heroine is Art3mis. Parzival's best friend is Aech (pronounced as the letter "H").

There are three places in the book when Art3mis's physique is described:


She occasionally posted screenshots of her raven-haired avatar, and I sometimes (always) saved them to a folder on my hard drive. Her avatar had a pretty face, but it wasn't unnaturally perfect. In the OASIS, you got used to seeing freakishly beautiful faces on everyone. But Art3mis's features didn't look as though they'd been selected from a beauty drop-down menu on some avatar creation template. Her face had the distinctive look of a real person's, as if her true features had been scanned in and mapped onto her avatar. Big hazel eyes, rounded cheekbones, a pointy chin, and a perpetual smirk. I found her unbearably attractive.


At the very top was a school photo of a young girl with a distinctly sad smile. To my surprise, she looked almost identical to her avatar. The same dark hair, the same hazel eyes, and the same beautiful face I knew so well . . . .
. . .
The data below the photo said . . . that she was a twenty-year-old Canadian citizen, five feet and seven inches tall, and that she weighed one hundred and sixty-eight pounds.


She looked just as she had in the photo I'd seen. She had the same Rubenesque body. The same pale, freckled skin. The same hazel eyes and raven hair. The same beautiful round face . . . .


Even with an Internet search, I couldn't find how many copies of Ready Player One (the novel) have been sold. It was on the New York Times best-seller list and is well-ranked on Amazon, so I am guessing in the millions. Let's just classify it as wildly successful. Steven Spielberg directed the movie. Industrial Light and Magic led the visual effects. The film had a built-in pedigree. So here's my question, should I ever corner Mr. Spielberg in an elevator, "Why couldn't you cast someone who looks like Art3mis in Ready Player One?"

This is not to knock Olivia Cook. As an actress, she is capable of playing the role. But, Art3mis's physicality and her unabashed relationship to it is important to who she is as a character. Part of why readers like Art3mis is that she is comfortable in her own skin. In a world where you can be whoever you want, she chooses to be herself. And what does it say about Hollywood that a film with a built-in audience can't cast a woman who is 5'7", 168 pounds, with black hair, hazel eyes, freckles, and a curvy physique? What is the message Hollywood is sending? And Mr. Spielberg, why are you complicit in this when you are one of the most powerful people in Hollywood?

Addendum:
For those of you in Generation X — the reliable but ignored middle child of American demographics — the Living Computers museum + labs in Seattle has something special. Through the end of 2018 they have the special exhibit Totally 80s Rewind. CNN reports on it here, with pictures that remind me of Aech's basement. I was thinking it would be very difficult to recreate the climactic scene of Ready Player One (novel) because it involves a room filled with computers representing the history of computer gaming. It turns out there is a museum in Seattle that makes Halliday's vision possible every day. Mr. Spielberg, why didn't you work with them? J. J. Abrams, can I convince you to shoot a remake?
Posted by Jolie No comments: